Kudos to Italian Deaf People, they marched to protest that the Italian parliament run as the government controlled, Let me use short ip for Italian parliament (fuck them off). IP insutled italian deaf people as monkey language which we don't appreciated while the ip think smart ass group of highly respectfully people to degraded their italian language, cultures, society so and on. Thank to Austin Andrews that spread his committment for italian people need their support from different countries as we, deaf american people and others. Austin Andrews make his youtube.com to asked people to support them.
IP totally fucked up their shit corrupted nation like other countries included american system has it too. Italian deaf people do have their rights to protested due to their italian sign language that already recognized the italian sign language because of the italian system that has the human rights such as disabillities do have their rights, Therefore IP does not see that way, just put the bill passed (idiots, what hell they are doing?) they are the corrputed nation even other countries included our american system do have hell corrupted. (of course)! IP insulted their italian cherish sign language, (IP think they have power with damn pea brain), they degraded them as mimic, monkey, etc.OH PLZ don't ever said that words! I am filled with shocker (jaw dropped) while they said to italian deaf people with black HEART, no LOVE! IP intented to destroyed their language that beause of worthless language and people.

LMG for no (Lingustic Mimic Gesture) not that language the italian people used like that.
LIS for YES (Italian Sign Language) their unique, cherish language 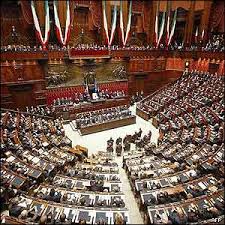