I Can't Make Going To Washington D.C. For Support AFA

AGB, Authoritarian Based On One Man's Power

Alexander Graham Bell was crooks and Liars, Based on his not-honestly business.
AGB was the golden rule, He has the gold make the rules that Because of based on one man's dirty business to make him laughing all the way to his banks. Now yesteryear and today's future always the exception to golden rule, How? Look at his history of AGB's running more than 7 corporation business make him richer and more richer that still at way to top moneymaker in America even in the world.
This is why we, deaf community bitching about AGB not support ASL (American Sign Language), Also AGB insulted to belittle to deaf community as underprivileged And AGB's death still as "Happy Rich Man." He stole other invention name was Elisha Gray. 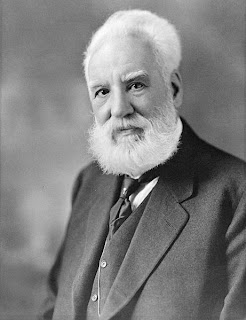 Posted by mochame at 6:00 PM No comments:

Which one's winning? It is Visual First..Don't Get Me Wrong!

Posted by mochame at 5:05 PM No comments:

Show Me Where is HANDS FOR DEAF? That what DEAF have own sign languages.

Show Me Where is EYES For DEAF? That what DEAF have own visual
Posted by mochame at 9:30 AM No comments:

For Americans; Corporations; All People include (hearing people)

Talk Cheap: YES
Their idealism of respect has been talked cheap more than over 200 fuck years! Of Course such as ETHICS & SOCIAL that supposed to be RESPECT. These Companies says "Courteous", Peoples says "Courteous", Americans says "Courteous"..Fucking that shit! They have no respect to DEAF PEOPLE even their society.
Courteous means to respect for another to other people (each others)!
We, deaf people always courteous to others, YES!
Look at Corporations and Peoples tended that says COURTEOUS. (HA)! They are violated it for many over damn years. They should be RESPECT to deaf people at their workplace or homes, business, etc. Damn two-faced peoples who says Courteous is very important yet still over power that is the violated codes many times over. We, deaf people not fighting the battles so hard BUT we hope one day in future will win the victory, We don't need to being loser or lost the battle. They tend don't get what the deaf individual has good skills at anything they can do it by themselves. All that corporation and peoples are damn egoism and fucking attitudes BECAUSE of their superior (whatever that is it)!
Deaf People has their own character, knowledge, intellect, abilities, manner like other hearing people BUT that Physical Hearing: DEAF can't hear..They do not give them any damn about it.

Posted by mochame at 8:08 PM No comments:

In Honor Of Gays & Lesbians Pride of Month Include Marriage

Some Few Interpreter Did On Purpose, I Don't Give A Damn About It

Interpreter did make mistakes but still denied, denied...They should admit their mistakes for not respect their deaf cultures, They are responsible for biggest mistake are costly, embarrassing even disastrous which they are distraction hearing people think high above than better deaf people, cultures, etc. BETTER STOP THAT FOOL!
They overpowered because they not protected ASL so Prove me DAMN RIGHT! Therefore they don't have that fuck luxury skilled interpreter.. DEAF Society, DEAF Cultures are belong to sign languages than hearing or others don't know shit any sign languages Also They had no fucking business when few are awkward or sloppy use of ASL, SHAME ON YOU FOR DAMN DIRTY BUSINESS! If you want to learn sign language with good fluently, YOU WILL LOVE IT! Interpreter know that ASL is most recognition of deaf's own sign languages and their value to communication to all deaf people. You want to being an interpreter in future so LEARN FLUENTLY BETTER!

Posted by mochame at 7:57 PM No comments: